Goats are one of the most common types of farm animals. They are domesticated widely. They live in a wide range of environments and have always been the most reliable source of income for poor people. Goats are an important source of extra income and work for many farmers and landless workers in rural India. Small ruminant farming ensures that you can work for yourself and provides a buffer in times of trouble like drought and famine.

Goats are ungulates or small animals. The size of adult goats range from 65 to 105 cm (2 to 3.5 feet) at the shoulder and weigh between 18 and 150 kg depending on the species (40 to 330 lbs). Their bodies are coated in dense hair that keeps them warm in the winter.

Both male and female goats have horns, with the male having a larger horn. The horns are curved or spiral in shape and can reach a length of 165 cm (5.4 feet). Male and female goats both use their horns to fight among themselves and to ward off predators (Nowak 1983).

Goats typically dwell in groups of 5 to 100 or more animals. Adult goats may live alone at times. The groups tend to move around a lot, which aids them in finding food in their scarce habitats.

Goats, like other bovids, have a digestive mechanism that allows them to live on abrasive, low-quality plant material like leaves and grasses. Goats may consume a wide range of foods.

Goats are regarded to be smarter than most other hoofed animals, with a natural curiosity. They will occasionally climb up into trees to nibble on the leaves (Nowak 1983; Voelker 1986).

Depending on the species, goats give birth to one or two kids after a gestation period of 150 to 180 days. Newborn goats, like the young of most other bovids, can stand and follow their moms practically immediately after birth. Goat milk is very rich, and young goats grow quickly. Mother goats are fiercely protective of their young ones and will fight to protect them (Nowak 1983).

Goats and Their Benefits

Humans benefit from goats in a variety of ways, including food (milk, meat, and cheese), fibre and skin for clothing and weed control, and as symbols in religion, folklore, and mythology. While goat domestication has been very beneficial to humanity, improper goat management has resulted in overgrazing of land and desertification in numerous locations. Properly maintained goat herds can be quite beneficial in terms of weed control and decreasing extra undergrowth in forested areas prone to wildfires.

Goat meat is higher in nutritional content and has more health advantages than other red meats. Goat meat, which is lower in calories, total fat, saturated fat, and cholesterol than traditional meats, has higher iron levels when compared to a similar serving size of beef, hog, lamb, and chicken. In comparison, goat meat has a higher potassium level and a lower salt concentration.

Today, goatskin is still used to produce gloves, boots, and other items that require a soft hide. Kid gloves, which were popular in Victorian times, are still manufactured today. The Black Bengal breed, which is indigenous to Bangladesh, produces high-quality skin.

Cashmere goats produce one of the best fibres in the world, “Cashmere wool.” Cashmere fibre is extremely delicate and silky, growing beneath the guard hairs.
Kashmir is known for pashmina (Persian pashmina, meaning fine wool) in South Asia, and these goats are known as pashmina goats (frequently confused for sheep). Because these goats are native to upper Kashmir and Laddakh, their wool became known as cashmere in the West. Kashmiri pashmina shawls are well-known for their exquisite needlework.

Goats have distinct social, economic, and biological benefits. They can be maintained on a small scale and can withstand a wide range of agro-climatic conditions. Goat meat (chevon) is one of the most popular types of meat among customers in numerous nations, including India. In India, both demand and production of goat meat have steadily increased over the last decade, and despite the rising production trend, the country will need to treble the number of goats to meet the predicted demand for goat meat from the growing human population in the next decades.

READ ALSO:  Essay on Hijab Controversy in English for Students and Children

India has the highest goat population. The demand for meat, milk and fibre is gradually increasing and is predicted to climb more in the future due to significant increases in per capita income and people’s health consciousness. Consumers throughout the world desire products that are “clean, green, and ethical.” As a result, goat farmers are transitioning to animal husbandry approaches that do not jeopardise animal welfare. The medicinal characteristics of goat milk have boosted societal interest in employing it as a therapeutic health food neutraceutical; also, biotechnologists are focused on designer milk for human health.

There are male and female goats. A buck is a male goat, and a doe is a female. Young ones are called “kids.” But did you know that when a goat gives birth, it is called “kidding”?

Goats are social animals who become sad when they are separated from their friends. However, unlike sheep, goats are not flock-oriented.

A lot of people think goats are dirty. They are one of the cleanest animals, and they pick their food a lot more carefully than other animals, such as cows, sheep and even dogs.

Goats are very smart and curious animals. Their inquisitive nature is shown by their constant desire to explore and investigate anything that is new or different.

They communicate by bleating to one another. Mothers would frequently call to their children to ensure that they remain nearby. Soon after giving birth, mother and child goats recognise one other’s sounds.

Goats may be taught to respond to their names and to come when called.

They are extremely finicky eaters. They have extremely sensitive lips, which they utilise to “mouth” things to find clean and appetising food. They frequently refuse to eat hay that has been stepped on or that has been laying around loose for a day.

The sneeze sound is used as an alert by goats. They sneeze to warn one other of impending danger, whether real or imagined.

Goats do not like water. They would rather jump over puddles and streams than step in them.

Goats were one of the first animals tamed by humans and herded 9,000 years ago.

Goat meat is the most consumed meat per capita on the planet.

Goats may be taught to respond to their names and to come when called.

A goat’s life span is comparable to that of a dog.

Goats have a five-month gestation period (pregnancy), and the average birth rate is 2.2 children per year.

Within minutes of birth, baby goats (kids) are standing and taking their first steps.

Each child has a distinct call, and together with its fragrance, it is recognised by its mother from birth — not by sight.

Goats are very picky eaters, which is not what people think. They have very sensitive lips that they use to “mouth” things to find clean and tasty food. They do not like to eat hay that has been stepped on or that has been loose for a day.

As a group, goats are very happy. They will be sad if they are left alone. It is bad for a goat if a family only has one as a pet.

Goats, being mountain animals, are excellent climbers; they have been known to scale the tops of trees and even dams!

The kids of goats, like those of many other hooved mammals, are rectangular. This allows them to see 320 to 340 degrees (as opposed to humans’ 160-210) around them without moving, and they are known to have superb night vision.

Goats forage rather than graze. Grazing a goat on grass is essentially unnatural and increases the likelihood of them catching up  dangerous parasites. In their natural habitat, they roam mountaintops, reaching as high as they can to seek out tasty morsels of food.

There are four “stomachs” in goats. Their meal enters the rumen first (and is regularly regurgitated for more “cud-chewing”), then the reticulum, then the omasum, and finally the abomasum (which is most like a more sensitive human stomach).

READ ALSO:  Essay on Importance of Health in English for Students

The goats are burpers .This is because the rumen does this job. There are about four or five litres of plant material in a mature goat’s rumen. Cellulose is broken down there, and it also serves as a fermentation tank. There is no doubt that fermenting food makes gas. This gas comes out in the form of loud, healthy burps. Our goats often burp in the barn.

Victorian Sexuality in Literature Despite the familiar air of propriety so commonly associated with the Victorian Age, sex and sexuality were overtly portrayed and unofficially endorsed by many of the era’s most prominent writers. Novels like Thomas Hardy’s Jude the Obscure depicted the two aforementioned taboos as sources of legitimate happiness as well as catalysts…

The Ball by John Berriman Summary This one-stanza poem by John Berriman is about losing something you care about and learning to grow up. It’s about a small boy who, for the first time in his life, is learning what it’s like to be sad after losing a much-loved possession-his ball. We regard the loss… International Workers’ Day The International Workers’ Day also known as May Day or Labour Day is celebrated to commemorate the workers’ strike in 1886, when Chicago (along with other cities) was a place of huge union movement requiring the legal establishment of 8-hour day. The movement was accompanied by armed attacks on strikers, which resulted… 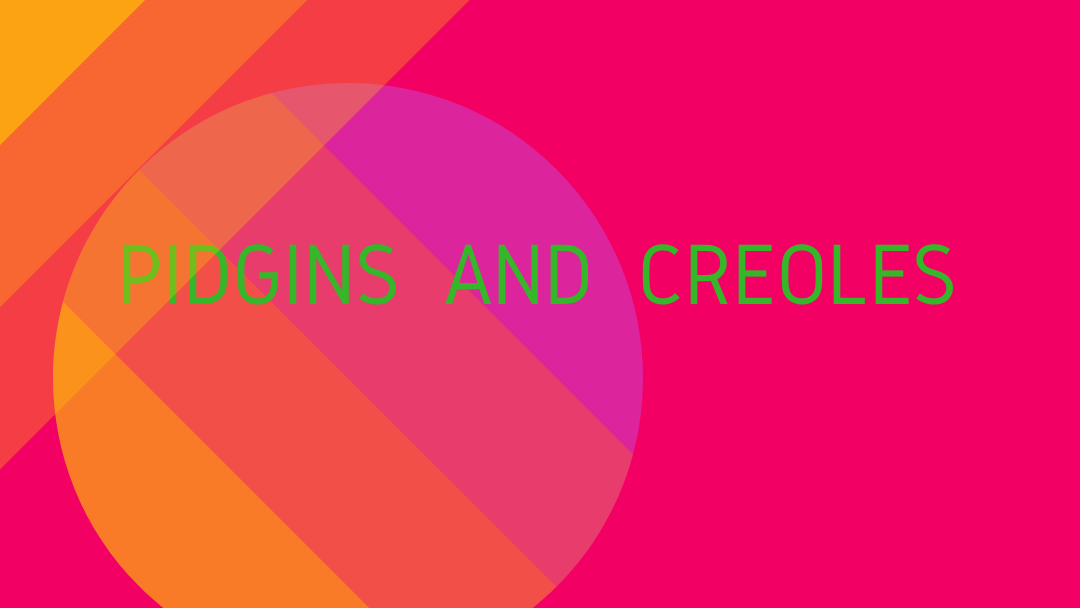 All languages of the world are very fascinating as they are constantly changing and adapting according to the need of the speakers. Sometimes, we find the situations where the people belonging to different language groups come in contact with one another and have no common language with which they can communicate. In such situations, there…

Civil War and Security Dilemma Essay A security dilemma is a situation in which each party’s efforts to increase its own security reduce the security of the others. This situation occurs when geographical, technological, or other strategic conditions render aggression the most advantageous form of self-defence.It is often difficult to separate security-driven and predatory motivations, since long-term…