The Lover Showeth How He Is Forsaken of Such as He Sometime Enjoyed is a beautiful poem by Sir Thomas Wyatt. The poem begins “They flee from me, that sometime did me seek,” it means that the woman whom the speaker loves and who once also loved him has dropped him. The first stanza which seems to be about little animals that used to come into his room and even eat out of his hand but they have now grown wild and won’t come near him is perhaps a metaphor for the timid women who approaches his chamber apprehensively, knowing that they put themselves “in danger,” certainly emotionally and possibly physically, by being there. Still, he manages to tame them, so that they become “gentle” and “take bread” from his hand. He gentles them by being gentle to them, but he will not remain constant; instead, he seeks out the “continual change” of new sexual adventures. They also, apparently, learn the delights of love from him and go away to “range,” seeking their own new affairs.
Wyatt chose the words in this poem deliberately and carefully. In the first seven-line stanza, he begins by describing his amorous conquests in Henry Vlll’s court. He seeks out many mistresses who often become vulnerable and attached to him.

In the second stanza, however, the seducer becomes the seduced. A delicate woman seeks him out, and they become lovers at her initiative. However, the unthinkable happens—he is “caught” by her, as the other “wild ones” were caught by him before. She takes his power and his love. The once-virile man lies in his chamber as a beautifully dressed woman approaches, disrobes before him, and bends down to kiss him. Afterward, she asks, softly, “Dear heart, how like you this?” . She is knowledgeable about sexual matters and understands where her enjoyment lies. She has taken over his role of demonstrating pleasure to a lover.

READ ALSO:  To Lucasta, Going to the Wars - Summary and Questions The third stanza emphasizes the betrayal of the speaker. He lies awake wondering if the scenario is true, and the woman provides him “leave to go” just when he chooses it is. In doing so, she grants approval to both of them to practice “newfangleness, ” which he has done himself many times in the past. No longer “caught,” the speaker should be relieved. Instead, he is bitter: “But since that, I so kindely am served,” he writes (l. 20). The speaker recognizes in these ironic phrases that he has been served as much as his previous lovers, but that does nothing to soothe his ego. He remains wondering how to handle the reversal of this position as the abandoner becomes abandoned.

The poem uses little figurative language (possibly a hyperbole in “twenty times better.”) but creates vivid images, especically in the second stanza. The word “kindely” in the next-to-last stanza may be ironic, but it’s more likely just an old-fashioned use of the word, meaning “in such kind” or “in such a way.”

The form of the poem is time royal–seven-line stanzas of iambic pentameter rhyming ababbcc. (It gets its name from having been used by King James I of Scotland in the early 1400s in a poem called “The King’s Quair,” but actually Chaucer first used it at least a generation earlier.) Both rhyme and meter may seem pretty irregular to a reader of today, but remember that Modern English was still fairly new when Wyatt wrote the poem (probably in the 1520s, although it wasn’t published until 1557), and many words may have been pronounced or accented differently from the way they are today.

The imagery Wyatt employs also recalls the animal world. In the first stanza, the women the speaker dallies with are referred to simply as “they” and “them,” grouping them together into a generic mass that is barely human. The women’s human qualities become further depleted by the other words applied to them such as tame and wild. Even their actions are those of the animal world—they “take bread at my hand,” “stalk,” and “range.” More specifically, several of the images can be connected to falconry, one of the popular aristocratic sports in early modern England. Falcons were controlled through the use of jesses, or strips of leather tied around their legs and feet, which were called stalks. A bird with a “naked leg,” such as the women in the first stanza had, was considered tame.

Other images can be connected with hunting as well. The verb seek implies looking for a game, and “caught” in the second stanza signals the result of the hunt. The lady’s phrase “dear heart” may also be read as a play on “hart,” meaning a stag, the grandest prize of the hunt. A recent critic has suggested that this particular pun suggests the overlapping of gender: As female deer and male hart, the poet is both the passive recipient of love and the active model for the lover. The sense of activity and passivity is heightened by the repetition of images of freeing and binding. In the initial stanza, the speaker is free while the women are “tame” (bound), but in the next stanza, he is “caught” by the free woman in her loose gown. He becomes more ensnared as the affair progresses, but she soon gives him “leave to go.” The poem ends with both of them having freedom, although only one party desires it.

1. The poem is written in a unique structure. Translate the first line of the poem into modern English.

Answers may vary. Example: The speaker of the poem is the seeker and not the one who flees. “They flee from me that I sometimes did seek.”

2. What is the feeling of the narrator toward the woman he speaks of in this poem?

Answers may vary. Example: The narrator is frustrated by the fact that women who were once gentle and kind to him and once kept him company now act wildly as if they don’t know him at all. He reflects on one woman in particular, and wonders if it is fair that, since she left him, he feels such loss, while she might feel no sadness at all.

3. To what animal does the speaker compare the objects of his desire?

The speaker compares the “they” of the poem to wild animals, probably horses, which now range in his possession.

4. Why has the speaker stopped chasing women?

The speaker has fallen in love with one.

5. What is the poem’s rhyme scheme? What type of poem does this scheme suggest?

The poem is written in rhyme royale, consisting of seven-line stanzas of iambic pentameter with a rhyme scheme of a/b/a/b/b/c/c.

6. The line, “And I have leave to go, of her goodness” is an example of what literary convention?

The line exemplifies irony, in that the speaker really has not let go of his love.

7. Why is the word ‘she’ italicized in the last line of the poem? Why has Wyatt given this word special emphasis?

Answers may vary. Example: The poem is written as a monologue, and so the italics may suggest that the speaker is placing significance on the word. Perhaps it is to emphasize his idea that he knows what he deserves in life and she does not. Ruminations Poem By Daruwalla Ruminations is a meditative poem written by Daruwalla. The poet has glimpses of the true nature of life. He can see violence and hatred in the air . They are so omnipresent! Man cannot wash away these evils from his mind , try hard as he will! They stick deep …. 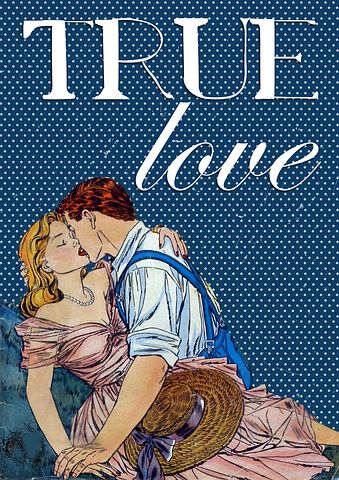 SOME LOVE POEMS YOU WOULD LIKE TO READ Here are some love poems in English that you must read. Enjoy read and send us your poems. ESCAPING TO THE FOREST BY RUMI Some souls have gotten free of their bodies. Do you see them? Open your eyes for those who escape to meet with other…