Charles De Coster (1827–79) was born in Munich. He is widely regarded as the father of Belgian literature. His magnum opus is The Legend of Tyl Ulenspiegel and Lamme Goedzak (1867), a sixteenth-century romance that was scarcely read in Belgium due to its failure to live up to the nationalism’s traditional norms. However, it has grown in popularity throughout the world. However, it is regarded as a classic of Belgian literature.

Summary of The Mysterious Picture

The Mysterious Picture by Charles De Coster is the storey of Tyl, a crafty painter who duped the ruler and all his courtiers of a small country by not painting their portraits but convincing them all that the painting was superb! Tyl once paid a visit to the Archduke of Battenburg’s palace. He spoke to the Archduke in such a way that he nominated him as his courtpainter. Following a sumptuous supper, the Archduke demanded that Tyl paint his portrait, which Tyl agreed to do. Before he began (began) the painting, the courtiers threatened to assassinate him if he depicted them with any traces of ageing or scarring. While Tyl agreed to follow their orders, the Archduke summoned him to tell him that he was to represent each courtier as naturally and accurately as possible. Tyl now recognises that if he agrees with the Archduke or the courtiers, he will perish. Tyl quickly realised that he would never be able to paint the portrait in any scenario. On the one hand, they would murder him if he painted any of the courtiers as they appeared; on the other hand, if he beautified any of them, the Archduke would murder him. He stated that he intended to paint the Archduke with the Duchess (the Duke’s wife) and all the courtiers in attendance.

1. Where do the events narrated in the story take place?

Answer: The events of the story took place in the palace of archduke of Batt Orenburg.

2. What do you understand about the character of Tyl? Is he a serious man or one with sense of humour? How do you know this?
Answer: Tyl is a person who wanders from court to court. He is man with good sense of humour. His appearance and mannerisms makes us think so.

3. How does the author describe Tyl?

Answer:  Tyl, the painter was a lean man who rode on a donkey. He wore attractive clothes especially his cap with three bright feathers that swayed as he moved. Tyl knew how to please anyone with his words. He had an answer for any question because he was very confident and intelligent.

4. How did Tyl get appointed as his court-painter by the Archduke?
Answer: Tyl was as good at speaking as with painting. When he was presented to the Archduke, he saluted him three times and stood before him with his head bowed. He spoke with exceeding politeness, each time praising the Archduke. The Duke was highly impressed by Tyl’s behavior and appointed him as his court- painter.

5. Why the captain allow Tyl to go in?
Answer: Tyl informed the Captain that he was a painter from Flanders. Because the Captain knew that Flemish painters and their pictures were in great demand all over Europe, he allowed Tyl to meet the Archduke

The Sun Also Rises Summary Ernest Hemingway’s debut novel, The Sun Also Rises, is a literary classic. During the 1920s, the storey follows a group of American expatriates living abroad in Europe. Taking inspiration from Ecclesiastes 1:5: “the sun also ariseth.” Hemingway chose the title of the book for it. Originally titled Fiesta, the novel… The Nightingale by Sir Philip Sidney 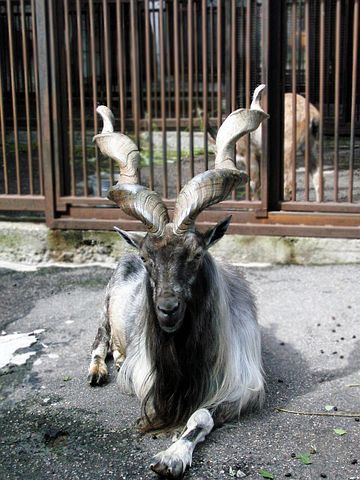 Act-wise Summary and Analysis of Death of a Salesman Act I.1Act I (Loman Home, Present Day): Willy Loman, the salesman, enters his home. He looked exhausted and befuddled. Linda Loman, his wife, enters the house dressed in a robe and slippers. She was dozing. Linda is generally cheerful, but she suppresses her opposition to her…