The plot of Julius Caesar begins with a conspiracy against Caesar, followed by development of conspiracy. These are followed by Caesar’s murder and the defeat of the conspirators. It informs us of the popular enthusiasm for Caesar as well as the hostile elements against him.

The play begins with Caesar returning to Rome, after months of fighting abroad, where some of the people are jealous of his achievements because of which they turn against him. This ends in Caesar’s murder for which Brutus too, is responsible. Mark Anton swears to revenge Caesar’s death. He astutely guides the course of events and is later successful in his mission.

The setting of this play is ancient Rome.

Once upon a time, a ruler named Julius Caesar returned to Rome after defeating Pompey’s sons. The citizens of Rome welcomed his triumphant return with joy, and Mark Antony offered him the throne, which he declined. Cassius plotted to assassinate Caesar because he was jealous of his growing power and feared he might one day become a dictator. He realised that in order to gain legitimacy among the Romans, he needed to gain the support of the noble Marcus Brutus, who was Rome’s most trusted and respected figure. Caesar’s friend Marcus was close to him. Because of his love for Rome, he joined the group of senators.

Calpurnia, Caesar’s wife, has a nightmare that Caesar will be killed. Caesar has just returned from defeating Pompey’s son, who wanted to be Rome’s dictator. He is puffed with pride and pomposity. Calpurnia sees omens, as well as the watchman’s intuitions and dreadful scenes, that threaten her that Caesar will be killed. Then she forbids him from going to the Senate. But then Brutus arrives and takes him by interpreting Calpurnia’s dream as a fair and fortunate vision, thus appealing to his vanity and overconfidence and swaying him.

A petition brought by Metellus Cimber, pleading on behalf of his banished brother, Publius Cimber, provided the conspirators with a flimsy motive for the assassination. As Caesar, predictably, rejected the petition, Casca grazed Caesar in the back of his neck, and the others followed in stabbing him; Brutus was the last among them. At this point, Caesar uttered the famous phrase “Et Tu, Brute?” (“You, too, Brutus?”)

Following Caesar’s death, the conspirators made it clear that they committed this act for the benefit of Rome, not for their own. Brutus delivered an oration in which he defended his actions, and for the time being, the crowd was on his side. In contrast to Brutus’ rational tone, Mark Antony, with a subtle and eloquent speech over Caesar’s corpse—began with the much-quoted “Friends, Romans, countrymen, lend me your ears”—deftly turned public opinion against the assassins by manipulating the emotions of the common people. Antony incited the mob to chase the conspirators out of Rome. Amid the violence, an innocent poet, Cinna, was confused with the conspirator Lucius Cinna and was murdered by the mob.

After that, at Philippi and Sardis, the armies of Antony and Octavius Caesar (Julius Caesar’s nephew) clashed with those of Brutus and Cassius. Cassius committed suicide during the battle after learning of the capture of his best friend, Titinius. Titinius, who wasn’t actually captured, sees Cassius’s body and kills himself. Brutus, on the other hand, won the battle. The next day, Brutus fought again, this time with a heavy heart. He was defeated and committed suicide as a result of his defeat.

The story ends with a tribute to Brutus by Antony, who proclaims that Brutus has remained “the noblest Roman of them all” as he was the only conspirator who acted for the good of Rome.

The major theme of Julius Caesar is that misused power is a corruptive force. This is seen in the fact that Caesar is a dictator suspected of being tyrannous, that Cassius is so power-hungry that he assassinates Caesar, hoping to become more powerful himself, and that Antony, Octavius, and Lepidus become a dictatorial and tyrannical Triumvirate, worse than Caesar ever hinted at being.

Some Minor Themes are :

Working with the Text | Questions and Answers

1. Why did a certain party of Romans wish to kill Julius Caesar?
Ans. Certain Romans were afraid of Ceaser’s increasing greatness. They suspected him of being too ambitious to gain absolute power. So they decided to kill him.

2. Why did Calpurnia beg Caesar not to go to the Capitol?

Ans. Calpurnia, Caesar’s wife, had a most frightening dream, in which she saw Caesar’s statue had poured forth blood and the Roman people came smiling to wash their hands in it. So, she begged Caesar not to go to the capital.

3. What two reasons did Anthony give to show that Caesar was not ambitious?

Ans. The two reasons that Anthony gave to show that Caesar was not ambitious were

a) Caesar was always kind and generous to the poor. He always felt great love and pity for them.

b) Anthony had offered the kingly crown to Caeser three times which he had refused.

4. Why was Brutus’ decission to march from Sardis to Philippi wrong?

Ans. Brutus’ decision to march from Sardis to Phillipi was wrong as Octavius and Mark Anthony had the advantage of a good defence position as well as a fresh and rested army.

5. Why has Brutus been called ‘the noblest Roman of them all’?

Ans. Brutus had plotted against Caesar only with honest thoughts for the good of the people. He did no envy Ceasar but his absolute ambition. Thus, he is called ‘The noblest Roman of them all.

Meals will be served outside on the terrace, weather permitting.

But we cannot say:

‘meals will be served outside on the terrace, weather allowing’ because permitting collocates with weather and allowing does not.

Collocation: It is the way in which particular words tend to occur or belong together as is clear from the above example.

State which of the following sentences are compound and which are complex.

Then divide each sentence into its respective clauses:

Now, complete the following by supplying a suitable clause:

God made the country and man made the town.

He tried very hard but he did not succeed.

I’m the child of the ocean and this is my lot.

He tames animals because he is fond of them.

Though I had not seen Nora since she was a small baby, we were soon friends.

About half of the humanity relies on the freshwater that accumulates in mountainous regions like the Himalayas.

These things are beyond all understanding and I do fear them.

When the sun shines immediately after rainfall, it looks very pleasant.

He was so poor that he and his wife had to remain hungry for days together.

QUESTIONS FROM THE TEXT

1) Why are the tribunes Flavius and Marullus so upset at the opening of the play?
Ans – The tribunes are angry that the working-class citizens of Rome gather to celebrate Caesar’s victory while forgetting Pompey, the Roman hero (and a part of the First Triumvirate that ruled Rome) who was killed in battle alongside Caesar. Their hostility toward Caesar serves to introduce the deep political divide that will become the central issue of the play.

2) What holiday are the Roman masses celebrating at the time of Caesar’s return?

Ans – Caesar’s triumph coincides with the feast of Lupercal, which was celebrated on February 15th. The festivities were in honour of Lupercus, the god of nature (Pan in Greek mythology).

4) How does Portia prove she is worthy to hear the plans of her husband, Brutus?

Ans – Portia cuts herself in the thigh and suffers the pain of both the wound and the infection it causes in silence. Her show of bravery and self-control convinces Brutus she is “stronger than her sex” and he agrees to confide in her, only to be interrupted before he has a chance.

5) What is the significance of Caesar’s dying words, “Et tu, Brute? Then fall, Caesar!”?
Ans – The conspirators gather around Caesar and he sees his trusted friend Brutus among them. Stunned that Brutus is among his assassins, Caesar cries out, “and you too, Brutus?” This famous line is important because it sets Brutus apart from the other conspirators. There is no doubt that Brutus’s self-serving and ambitious accomplices have committed an indefensible act, but with Caesar’s final utterance we recognize that the self-sacrificing and noble Brutus has perpetrated the same heinous crime – his motivation is rendered immaterial. For this moment, Brutus the idealist becomes Brutus the murderer.

6) How does Cassius die?
Ans – Cassius knows that he too will soon be captured by Antony and Octavius, and will certainly be dragged through the streets of Rome in chains. He orders Pindarus to hold his sword while he impales his chest on the blade.

7) Cassius asks Brutus what he plans to do if they should lose the battle. What is Brutus’s response?
Ans – Brutus says that, since he finds the act of suicide cowardly and vile, he will have little choice but to be patient and yield to whatever fate dictates. He adds that he will never return to Rome as a prisoner. That Brutus nevertheless dies by his own hand at the end of the play adds to his tragedy.

8) After an ominous dream, Calpurnia begs Caesar to stay away from the Senate and, at first, he agrees. What changes his mind?

Ans – Decius, a conspirator whose role it is to guarantee Caesar is in the Capitol that day, favourably interprets Calpurnia’s dream and then chides Caesar for yielding to his wife’s whims. Decius adds that the senate is planning again to offer Caesar a crown, and Caesar gives in to vanity. He leaves Calpurnia and accompanies Decius to the Capitol.

9) Explain the significance of Antony’s final speech, beginning with the line, “This was the noblest Roman of them all”.
Ans – Antony’s speech serves to restore Brutus to the position of a tragic hero. Antony can see in Brutus the morality he does not himself possess – the capability to act selflessly for the common good. Brutus’s pride and political naivety have led to his destruction, but his ideals are etched into the memory of his enemies.

Global Warming is one of the major threats to human race. It refers to the rise of by about 0.80C. It’s main reason is the increase in the greenhouse gases produced by human activities. Global Warming will increase sea water levels and canse extreme weather events including heat waves, droughts and heavy rainfall. 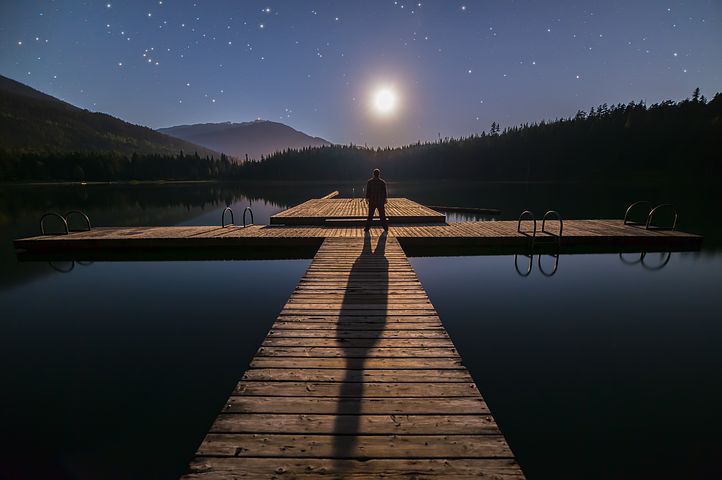