About the Poet and the Poem

Sir Walter Scott (1771-1832), Scottish writer and poet and one of the greatest historical novelists, was born on August 15, 1771, in Edinburgh as the son of a solicitor Walter Scott and Anne, a daughter of professor of medicine. An early illness left him lame in the right leg, but he grew up to be a man over six feet and great physical endurance. Scott’s interest in the old Border tales and ballads had early been awakened, and he devoted much of his leisure to the exploration of the Border country. He attended Edinburgh High School and studied at Edinburgh University arts and law. Scott was apprenticed to his father in 1786 and in 1792 he was called to the bar. In 1799 he was appointed sheriff depute of the county of Selkirk. In 1797 Scott married Margaret Charlotte Charpenter. They had five children

In 1802-03 Scott’s first major work, Minstrelsy Of The Scottish Border appeared. As a poet, Scott rose into fame with the publication of The Lay Of The Last Minstrel (1805) about an old border country legend. It became a huge success and made him the most popular author of the day. It was followed by Marmion (1808), a historical romance in tetrameter. The Lady In The Lake appeared in 1810 and Rokeby in 1813. Scott’s last major poem, The Lord Of The Isles, was published in 1815

In 1806 Scott became clerk to the Court of Session in Edinburgh. To increase his income he started a printing and publishing business with his friend James Ballantyne. The enterprise crashed and Scott accepted all debts and tried to pay them off with his writings.

READ ALSO:  On My First Son by Ben Jonson - Summary and Question Answers

Summary of the Poem

The Poem “Lochinvar” by Walter Scott (1771-1832) is a heroic ballad about the effect of a young gallant’s actions on those around him. Scott grew up in Scotland and became a national hero; he was fascinated with military personages and this poem squarely fits into that mould. Scott himself was absorbed by the vicissitudes of war, including the national defeat at the Battle of Flodden Field. This engagement, with its enormous death toll and the purity with which it is supposed to have been fought, is a rich part of Scottish heritage. Lochinvar itself refers to a lake in Scotland and the hilly area lends the poem its name.

The poem opens with an interjection “Oh!” that sets the poem up for the introduction of a dashing knight. Without firearms and armed with the only broadsword Lochinvar rides his fast horse quickly towards an as-yet-unknown destination. The reader sees he is ‘faithful in love and gallant in war’. This is the first in a series of rhyming couplets that pair ‘Lochinvar’ with ‘war’. This is an association that Scott badly wants the reader to make. There are many positive descriptions of Lochinvar’s courage that follow.

Lochinvar’s coming in from the west is a metaphor for him as a sort-of sun. Thus the other characters are planets revolving about him, the story’s prime mover. In the second stanza, we learn that he is charging headlong towards a wedding where a ‘dastard’, a sneaking coward, is marrying Ellen of Lochinvar. The bride ‘had consented’, virtually her only action in the poem.

‘Boldly’ Lochinvar enters the reception hall. This contrasts with the ‘poor, craven bridegroom who never says a word. The bride’s father only asks what intention has for them, hand on his sword and resigned to his fate.

Dauntless in love, Lochinvar says he is willing to accept that Ellen will be wed to another: ‘There are maidens in Scotland more lovely by far, That would gladly be bride to the young Lochinvar.’ He insists he is here only to enjoy the festivities. He has no such plans. He takes one dance with the bride after she blesses his wine. Demurely she accepts, blushing.

The two resonate with grace and fill the room with their presence. Like the sun she is illuminated by his light. The groom hangs there ashamed and helpless while the bride’s parents can do nothing to stop them. They are immobilized by his ‘stately form’. The wedding party assents to the match between young Lochinvar and Ellen: ‘Twere better by far To have matched our fair cousin with young Lochinvar.’

It only takes ‘one touch of his hand and one word in her ear’ for her to bend to his incredible will. On his horse, he gallops away with Ellen. The clans give chase but their bride is lost through their inactivity. Thus the bridegroom proves that he is a ‘laggard in love’, unable to stand up for himself. The poem is meant to illustrate a lesson about the dashing courage of the active human spirit. This is in direct juxtaposition to the lazy, ineffectual characters in Lochinvar’s orbit.

READ ALSO:  If You Call Me by Sarojini Naidu - Summary and Analysis 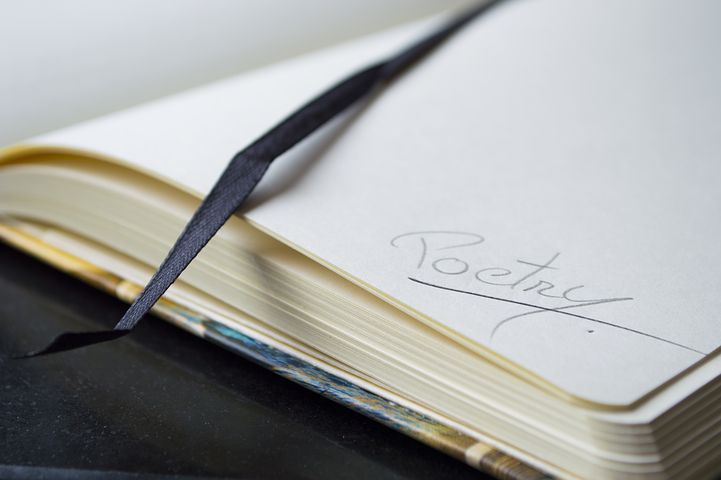 Table of ContentsFelix Randal SummaryAnnotations of Felix RandalModel ExplanationsCritical AppreciationQUESTIONS AND ANSWERS Felix Randal Summary ‘Felix Randal’ is a sonnet with sprung and outriding rhythm, of six-foot lines, written at Liverpool in 1880. You should note the appropriateness of the name, ‘Felix’, which is a Latin word meaning ‘happy’. Felix Randal, the blacksmith is the…

Summary of How Soon Hath Time It is, generally, believed that the Sonnet – “How Soon Hath Time” was composed on 9th December, 1631, on the occasion of Poet John Milton’s twenty third birth anniversary. In this sonnet, John Milton expresses his dissatisfaction that Time is passing very swiftly and he has not been able…

In a direct address to the mosquito, Lawrence enumerates its qualities – likeable and otherwise – in a hilarious and playful manner while evincing various shades of feeling towards this seemingly insignificant creature.

Laugh And Be Marry is a highly optimistic poem written by John Masefield. This poem makes a passionate plea to enjoy life to the maximum. The Poet says that sufferings are a part of our life, but we can over come them with a smile on our face. The Poet says that laugh and be merry should be the motto of our life.